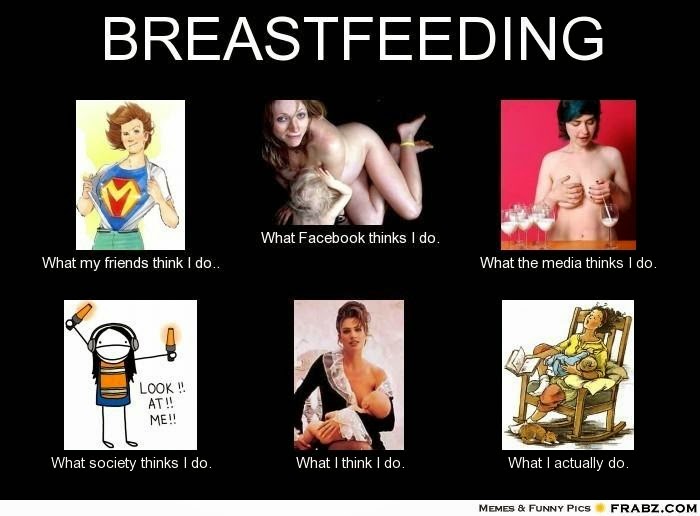 So I have had a few people ask about induced lactation and seen a few posts about soon to be mommas wanting to try it. We consider ourselves a success story with this and this is our experience. We are by no means doctors, lactation consultants, or even certified in anything other than crazy so please remember to consult your doc and read the fine print (insert legal jargon here).
There are various methods of induced lactation and depending on how much time you have before baby arrives, might help you choose which one is best for you. This website is amazing and lays it all out for you. I highly recommend talking to you gyn, or finding a lactation consultant that is familiar with induced lactation and supports it. We saw 6 ob's in our practice and only one was familiar with and supported induced lactation. She chose the accelerated Newman-Goldfarb protocol for R and it worked really well. So she took Yasmin for two months straight minus the placebo pills. I'm not gonna lie, the yasmin tore her up-she felt awful and was glad to be done with them when the time came. The bc pills help simulate the hormone production of pregnancy. The first month was just bc pills then the second month was domperidone and bc pills. She took 20 mg four times a day. Domperidone is a gastric motility medication.  Milk production is a side effect of the drug not the actual reason people take it. It can even effect men and make them lactate as well! It had no other side effects and R didn't feel any different. There are some things circulating on the interwebs about cardiac issues and that's why it's not used for breastfeeding anymore but that is not true- the cardiac issues can be caused by I.V. Domperidone not the pill. The pill does need to be made by a compounding pharmacy and we had to have ours shipped from a pharmacy out of town-they cost about 100$ for a month supply. 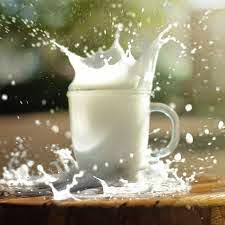 We did notice breast changes, they were much fuller and tender. About 6 weeks out from our delivery date she started pumping on a 3 hour schedule. She worked night shift so this worked well for her. She was diligent and that is key folks. She gradually worked her way up to pumping 15 minutes each time and also did compressions and massage to help. At first it was just painful pumping with no milk to show for it and then one day BAM! Milk! Now here's the disclaimer: it's wasn't jugs and jugs of milk. Her cup did not runneth over. It was a drop...yup a drop!  But hey, we were in business! She was so proud of this little pearl and so was I. It took about a week after that to get her up to 1-2 ounces each session. She would keep one bag in the fridge and then freeze it when it got full. We were later able to use this milk in the hospital when I wasn't making any.

Once the boys were born she and I both used the industrial  medela symphony from the hospital and both got tubing kits from them. If your hospital does not have rentals you can try Babies R' Us or a medical supply store. R had to take the domperidone the entire time she breastfed and pumped. For some, just breastfeeding is enough to trigger production and you can stop taking the meds.  We did notice that her milk looked more watery and less fatty but it did eventually accumulate fat. And eventually it tasted the same as mine too (yep we tasted it!). Would you feed your child something you wouldn't drink/eat yourself?!  The boys had a terrible latch and we were not as diligent and to be honest, probably relied too much on pumping to get our supplies going instead of putting them to the breast. For R, breast feeding was not as magical as she hoped and that's ok. Breast feeding is hard ya'll! She also used fenugreek and mother's milk tea to try and boost her supply before she quit but she never made more than 2 ounces each session and quit. For a singleton this would've been a lot but with two, we burned through it-even with my contributions. She pumped and breast fed for about four months after the boys were here and that was super helpful. She is my super hero. I have read that moms that have breast fed before can just use pumping to get their supply going before baby comes. I believe this to be true considering how many moms leak even years after stopping milk production.

As for me, I am still pumping- quit breast feeding shortly after R, not by choice but one day the boys stop taking the boob. At first I didn't care, but then I got sad and frantically tried to get them back-they would take it at night when they were sleepy but then that eventually stopped too. I wish I had stuck with breast feeding but pumping gets the job done just as well. R had leftover meds so I am taking those to help boost my supply and I make lactation granola bars every so often. At my peek I was pumping out about anywhere from 35-50 oz. a day ( as close to a cow as one could get) but I am down to about 20 oz. now.
We were fortunate to have an ob that gave us this opportunity. Not many people know about induced lactation and people are always so shocked when we tell them about it. At first, we were scared to talk about it because we didn't want people to think we were weird. But then we became so proud that R was able to not only bond with but also nourish our babies that we started telling everyone. Of course, I don't think that she's a better person or parent or that the boys are better off for having been breastfed. I am just glad we had a chance to try it.  If it's something you are interested in, it is possible just do your research and find what best suits your lifestyle. Our parents were very supportive even though I don't think at first they believed we would do it. And I honestly think they respect R more now for having done it. I hope this post helps answer some questions and if you still have some you can always email me @ justbeayoutiful at gmail dot com.

I have added some new blogs to the roll call and am following along on new journeys into momhood. Keeping fingers crossed and hoping for good news for everyone!
Posted by Unknown at 8:30 PM 2 comments:

I don't have any other major advice to give because like I said nothing will prepare you for the mind blowing experience that is child birth. Just like your conception stories-your birth stories will be just as individualized and only you can write it.
Posted by Unknown at 6:12 PM 2 comments:

(Cue Eminem) Guess who's back? back again....So I promised myself that I wouldn't be that mom that has kids and lets go of their identity, mind, body, but I did turn into that mom and momentarily let go of all of those things. I have tried to come back several times, but honestly I am so in love with my babes that everything else is a far second. But I am back-renewed and ready to spill my guts. I can't wait to rekindle our love and reunite-that is if you'll still have me?
So last time we chatted I had just given birth-literally. The boys are eight-yes count 'em eight months now! I wish I could play a fancy smancy music montage with clever music-"When I grow Up" by the Beach boys comes to mind to catch you up to speed on our lives but I can't. So I will just touch the highlights for now and then come back and retropost when I can. We had 12 weeks of maternity leave, the best time of our lives although we didn't know it at the time. R went back first and then me. I cried like a well- you know what the first day and it was such a double edged sword being there. Part of me was glad to be functioning and I missed the familiarity of work oriented tasks and part of me was sad I had a bra on. Ya feel me? I rubbed myself in their lavender burts bees baby lotion and sniffed myself when I got sad. I only work three 12 hour shifts a week, but it is still hard to be away from them.
We try to get out as much as possible but with two it is HARD.  There is so much crap to tote, and when they both melt down or poop their pants (and on my shirt) at the same time you can fuhgeddaboutit! Since me and R are on opposite schedules for babysitting purposes, it's usually only one of us with the boys. R and I are two ships passing in the night.  It works for now, but we are hoping to get a better system going soon.  Besides work and babies, I was also in school-oh yeah folks. I was certifiably cookoocachoo this year. Let me paint you a pic: me pumping and typing a paper and rocking a baby with my foot at the same time. Tired is the understatement of the century. R was even sleep walking one time and I woke her from swaddling an imaginary baby with her bath robe. Ah good times friends. But we did it! I graduated last week and am so glad it's over with and under my belt.
O has terrible reflux and we have been on a roller coaster of meds and homeopathic remedies to help him. He is smaller than his counterpart but he is still hitting all of his milestones none the less and is crawling and babbling up a storm. P is a chunk and eats his food and his brother's leftovers lol. He is much quieter but you can see his wheels turning and taking the room in. He is content to sit and play rather than explore. He grabs food with his dimpled hands and chews it with his two little nubby teeth. They surprise us with new sounds and movements and every day is adventurous with them.
Our families have fallen in love with them and it is amazing to see them interact. I never thought in a million years this would be my life.
I know this post was cray and all over the place but my mind is not nearly as sharp as is used to be. Prego brain has turned into postpartum brain and I'm lucky I have spell check on this thing...
I definitely plan on blogging more often and still have lots to share so I hope you'll keep checking back and I will continue to check in and keep my fingers crossed for my blogland friends waiting for good news! I missed you all so much and am glad to be back.
Posted by Unknown at 6:52 PM 4 comments: