Hello ladies! I know it has been a while and this blog has seemed to run away from me. Weddings and jury duty have kept me away, but do not doubt my love for you, as I have been lurking in the shadows and peeping in your windows.  So far all is good and the wee babes are fine I think. Other than an appetite that ranges from "hangry" to not eating for a whole day, I feel fine. I feel really bad not eating but I have just not had much of an appetite lately. I've been trying to drink protein shakes just to keep up. No nausea yet, just lots of headaches and lots of pee. We had our first OB apt  two weeks ago and it went well. The little babes looked like teddy grahams dancing on the screen.  Baby A even waved his/her little arm nubby at us! We've been on cloud nine still kind of floating through this whole thing. 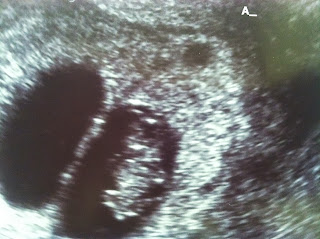 Today is Blogging For LGBT Families Day  and  there are tons of lovely blogs out there sharing their   experience. The whole thing brought up the pretty sore subject of my own family. When I divorced a man started dating a woman, I realized my family would not understand but I had hoped over time that they would be "ok" with it. I also naively thought that since we were a biracial family, my folks would be more apt to accept this relationship. I was very wrong. It has been a long road. It has been 4 years and my parents have gone from not speaking to me to coming to my wedding (and paying for parts of it!) It is by no means a perfect relationship and I of course would love more acceptance from them but for now am content that I still have them in my life and deep down I know if I ever needed anything they are there. I didn't have a close relationship with my grandparents on either side. My mother's parents disowned her and wanted nothing to do with her once she married outside her race and had biracial children, so we never met them. When my mother's father died she had not spoken to him in over 20 years. My dad's father died  when I was young and I only met him once. He divorced my grandma and remarried so I have two grandma's that I still speak to. My dad does not want them to know about my new life, he says they won't approve or understand.  This will be interesting hiding a 15 week belly at the family reunion this summer...

I have three half brothers of which none have contact with me. I grew up with one and we share the same mom. My dad raised him as his own. Our relationship was up and down growing up, I was straight A's and he was passing by the skin of his teeth. I was a goody-two-shoes and he was constantly in the principal's office. In high school we became much closer though, and when he joined the military and I went to college, we were pretty close and talked several times a week on the phone. Over the next few years, marriages and  divorces came and went  and babies were born.  Our relationship had become strained and we talked twice a year.  He has six beautiful children and I tried to keep in touch with them. After I told my parents about R, I asked if I should talk to my brother. They left it up to me and since I had not spoken to him in person or on the phone I decided to write a letter to him and his wife.  I left the ball in their court and told them I would be waiting to hear from them. Six months later I heard from his wife. She was sweet and said she wanted to get to know us better but asked that if we were ever around their children that we don't show affection. I was kinda put out by this because I felt like she thought since we were lesbians we were obviously sexual deviants with no manners dry humping in front of small children. I just agreed and waited to hear from my brother. We actually never see them because they live so far away so I was not concerned about this request. I see my parents often as they live 2 hrs away.  I finally heard from my brother, a year later, three days before my wedding. The phone call lasted about 4 minutes. He told me if I married a woman "I was going to hell" and was "no longer his sister and was no better than murderers and thieves." "Why?" I cried? "Because the bible says so and you were raised better than that." First let me say that growing up, not a single one of us went to the same church on Sundays. My mom is Catholic, my dad attended a non denominational gospel service, my brother went to a Baptist church and I went to a contemporary Christian church with friends. We were never taught to hate gays or judge people. I was completely shocked. I couldn't even speak. He went on to say I was not alllowed contact with his wife and children and only in an emergency involving my parents was I allowed to call. Furthermore, he was punishing my parents by taking away their guardianship rights (in the event something happened to him and his wife) because he didn't want his children to be exposed to me in thier absence.  I was beyond hurt and then mad. I grew up with this boy, eighteen years we lived together, ate at the same table, kept each other's secrets.  During thunderstorms climbed into bed together.  People thought we were twins when we were younger and we didn't even know we were half siblings until we were  teenagers. I don't know what happened to my brother and I don't know that I ever will.  I never told my parents about our conversation because I feel like they have carried my secret for so long and I don't want them to be in the middle anymore. At the same time it's hard to know that our family is not together because of this. ( I know it's not actually me but my brother's intolerance but the lines get blurred) My mom says he'll come around and is "praying it will be ok" so of course it will. (insert eye roll here) It has been almost a year and still nothing. I see pictures of the kids growing from my parents and know that my kids will never know their cousins.

The hardest part for me to grasp is that our family has grown so much and we are isolated from all of them. R and I are still a one branch family tree. Family is indeed what you make it and I intend to surround these babies with only loving tolerant people. Our family tree will grow and I will make sure my children have strong roots that they can always come home to. 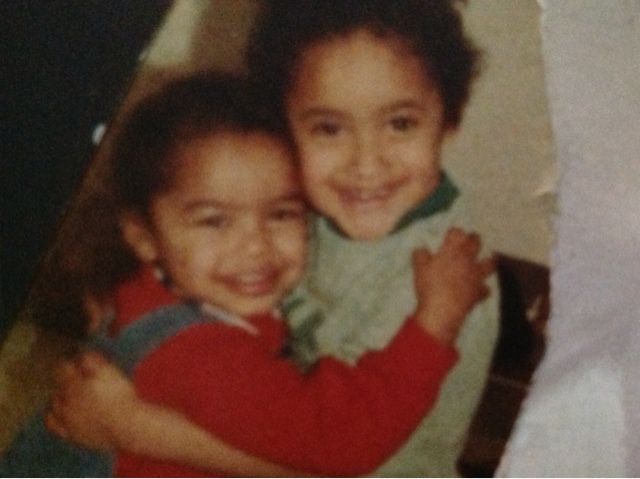