So apparently I'm not the blogging bad ass I thought I was. I can't tell you how many times I tried to pull myself to the computer and blurt out some of the crazy shit swirling in my head. I have so many updates and want to tell you my hopes and dreams, but that nap tho...

So let's try again. I am strugglin ya'll. I am, we are in over our heads in babies and work, and yes more school. R has decided that she wants to become a physician's assistant and well, that's a hell of a lot more school. I was on board at first because we thought she was going to get in pretty quickly because well, she's indeed bad ass. However, 5 years ago, we did not take into account how skipping class to have futon sex would effect her gpa later on since she never thought she was going back. She was super supportive of me going back to get my BSN, it only seemed fair that I do the same. But now with two kiddos that require a lot more attention, it has become a thorn in my side. I'm trying not to resent her for it and want to be her cheerleader, but it is too much to handle at times. The boys are wide open and I need help often. It's hard on her too, she is working really hard to get her gpa up and so far is making all A's.  We work opposite shifts to keep babysitting costs down so we are literally two ships passing in the night. We already have a lacking love life and this is not helping. I have also picked up a second job because I wanted to push myself out of my comfort zone (so dumb) and she will soon start teaching at a local college over the summer to fluff up her application. Yes I know, we have bitten off more than we can chew, and I feel like I have written that here more than a few times. I just want the world for my boys and in case you haven't noticed, the world is getting more expensive. I keep telling myself it will be worth it in the end but am not quite convinced.

The boys are growing so damn fast. I work three days in a row and don't see them the whole time because they are sleeping when I get home and sleeping when I leave. When that third day comes, I feel like I have missed so much and I swear they've grown 10 feet. P has lost his sweet baby face and really looks like a big boy. It's weird. and sad. O is still so small. He's not even on the growth charts. The pediatrician swears he's fine. I don't think anything serious is wrong, it's just odd that he is so small, considering the amount he eats! 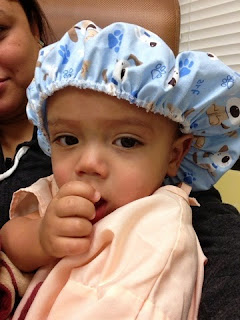 They are not speaking and we were worried about a speech delay. They say "here", "duck" and "dada" (oh the irony).  We work with them every day on talking, reading books, pointing etc. They do follow simple commands and can identify objects. But I feel like a failure because I don't think I give them as much time as they need. It's hard to divide attention between the two and one almost always seem to get more attention than the other. The pediatrician assured us this is normal but we insisted on seeing an audiologist. Well, they failed four hearing tests in two weeks! The doc said it could be a number of things including the fact that they always have ear infections and fluid all the time. So we opted for ear tubes and will go back for hearing test in two weeks. If they fail again then we move on to other things like speech therapy and possibly hearing aids, but I can tell a difference already! They are babbling a thousand times more. They call each other dada but don't call me or R momma. It's a little disheartening. I'm hoping it's coming soon. It's so hard not to compare them to each other and other babies too. Our friend has a 15 month old and he says like 15 words. It's really hard to not get jealous when we have playdates with him and he is talking.  I've been trying to teach them some sign language but that has gone over like a lead balloon so far. They will sign "all done" and "more" though so that's a start. 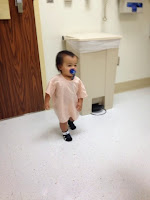 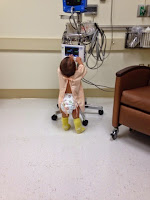 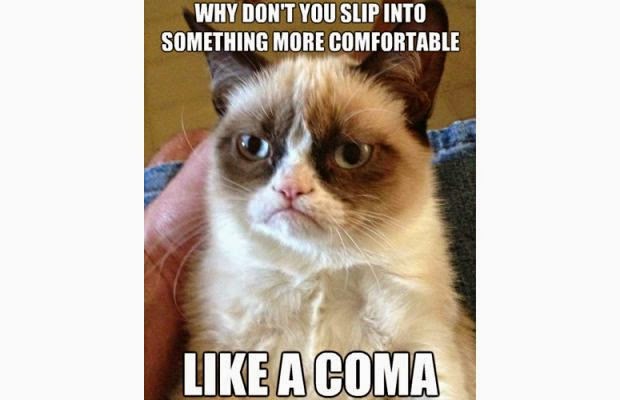 And in other news...I have no friends. Seriously. I used to. Then I got old, and married a woman and had kids and the group of people that we had things in common with got smaller and smaller. I do have a dear friend but we see less and less of each other.  A lot more of my old acquaintances are having babies now and I wonder if we will be brought back together because of that? You probably wouldn't think it if you met me, but I am shy. And I hate new things, oh and surprises. So basically I am grumpy cat in human form. I have joined facebook groups, twins clubs, babywearing clubs, gay parenting clubs, all in hopes of finding friends. I want to have more mom friends but I literally don't know how to make them. I feel like such a dork for even saying that! I may have 200 likes on a post and talk to 3 of those people in person. That's sad and I feel like I am failing. How can I be a good role model for my kids when I can't even make my own friends?  The few interactions I have had with other moms usually start out fine and end with them leaving quickly to "run an errand they forgot about" when the find out I have a wife. Maybe I am being paranoid. I would love more queer parent friends but there aren't that many around here. The struggle is real.  I often turn to these blogs because I feel so isolated in real life that it's nice to see families like ours really do exist. So I will continue to stalk my cyber friends here in the blogosphere until real people appear...that's not weird is it? I know everyone is different but do ya'll have trouble with this?